Shamanism and the Mystical Experience 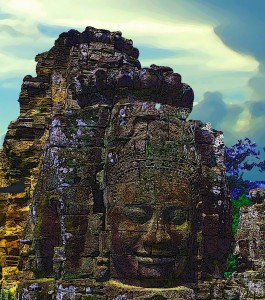 From the perspective of the ancient Sages, "Kundalini" has been called the “Guardian of Evolution.” Kundalini is undoubtedly the missing link in the evolutionary theory, considering that it is the intelligent force behind the creation of life. According to this theory - religious expression never rests at the same level, but continously progresses from the grossest manifestations of human sacrifice to the highest perception of mystical ecstasy, or in other words our spiritual perceptions are slowly advancing along with with many other aspects of the mind .

A review of archaic rituals finds there were many instances of human sacrifice. Most occurrences were closely associated with Neolithic or nomadic cultures, on the emergent edge of civilization. Ritual killing was practiced to assail the Gods or enhance the fertility of the land. Eventually the ceremonial sacrifice of animals was substituted for human victims and further evolved by the substitution of tokens, such as bread in the shape of the victim. For example, in ancient Hellenic civilization the first mythic God of Attica, Greece was Cecrops; (who was half-serpent half-man). He banned the bloody sacrifice of a live Bull to Zeus; by substituting cakes formed into the shape of an ox with horns, which was called by the Athenians “Pelanous," signifing an Ox. Thus a nonviolent ceremony eventually took over from a violent one, the victim being replaced by a harmless symbol.

Again, it is important to understand the human species is in continuous process of interior developement towards a new level of consciousness, those spiritual practices which were once considered normal in archaic history cannot be applied to the modern individual who has intellectually moved far beyond unquestioned acceptance of blood sacrifices, and the supernatural, though not that far considering human carnage caused by the psychopathic wars of the twentieth century. Alongside these sacrificial rituals were ancient shamanic initiations that probably originated with herbal plant or mushroom ingestion combined with extreme ascetic practices to alter consciousness. Over time these tribal shamanic rituals progressively influenced traditional forms of myth, legend and religion.

There exists an abundance of evidence in support of the notion that “Kundalini’’ as a research subject is alive and well within the context of modern western academic inquiry. This inquiry is not explicit in the sense that it uses the term “Kundalini” in any exclusive sense; rather Western thought has absorbed these concepts and ideas from many cultures to an extent that now allows for broad discussion and study of evolutionary concepts that may be vitally related. The Esalen Institute developed an archive of some 10,000 studies that is now housed at the Stanford University School of Medicine. (1) Michael Murphy in his book The Future of the Body, that was based in part on the materials contained in the Esalen archive, proposed a classification of supernormal experiences centered on the idea that most, if not all of them point toward further evolutionary developments of the inherent possibilities inherited from our animal ancestors. According to Murphy, Shamanic powers, the siddhis of Hindu-Buddhist lore, the divine gifts of Roman Catholic sanctity, the "adornments" of Sufism, and the countless examples of extraordinary functioning studied by modern scientists, are attributes of our evolving human nature. (2)

The vital concept of “life energy” expressed in such terms as Chi, Prana and Tumo alludes to an unifying notion of a vital energy underlying humanity’s evolution towards this richer existence. For example, the serpent fire (Kundalini) of Hindu-Buddhist lore, the "boiling num" of Kalahari busmen, the incendium amoris of Catholic saints, the Tumo of Tibetan yogis, the "magical heat" of stone age shamans, and the extraordinary energy of some modern athletes can be recognized as slightly different expressions of the same intensified vitality.(3) Once awakened, this “life force” or Shakti ascends up the spine feeding the brain “Soma”- (food of the gods) resulting in an experience of higher consciousness. Internal heat is an integral part of this biological transformation resulting from the circulation of intensified Prana-life energies. Murphy argues in short that if it is the case that all of our human attributes give rise to extraordinary versions of themselves, it becomes evident that our entire human nature shares an evolutionary destiny, a drive towards greater consciousness. All of our parts, it seems, are capable of--and perhaps secretly predisposed toward--a richer existence. (4)

The religious scholar Mircea Eliade, in his seminal work, Shamanism; Archaic Techniques of Ecstasy, provides examples of archaic and contemporary shamanic methods of meditation comparable to those of the great mystics of east an west.(5) Eliade’s scholarship suggests that shamanism was the progenitor of other spiritual systems and religions.(6) The shamanic ecstasies that Eliade describes throughout his scholarship correspond with considerable precision, to many descriptions of mystical states described by sages of both eastern and western spiritual traditions. Eliade suggests that a large number of mythological subjects or motifs, as well as many characters, images, and symbols used in mythological literature, are of ecstatic origin, in the sense that they were derived from the narratives of shamans describing their journeys and adventures in the super luminal worlds.(7) Accounts of mystical transformations conform in important ways to the earlier expression of mysticism that shamanism represents. There has been a recent Western resurgence of both journalistic and scholarly interest in shamanism.* The contents of many descriptions of shamanic states of consciousness exhibit many characteristics of a Kundalini awakening.(8) This suggests that the immemorial spiritual heritage contained in shamanism was underpinned in general by the same evolutionary energy responsible for mystical transformation. Eliade’s conclusion in essence is that Yoga and other spiritual forms of meditation are refinements of the ecstatic experience found in ancient shamanism. This scholarship links the most ancient expressions of mysticism with later more systematized techniques of consciousness transformation. 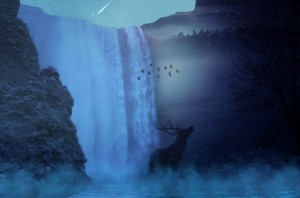 Like the often posthumously written incredible stories that surround many if not most great mystics and sages, the evolutionary journey of humanity is also a story, one that still is very much being written that can be expressed as a profound mythic journey; an archaic yet perennially relevant theme that supports all expressions of the unseen world. This rebirth to a new awareness is the core shamanic and mystical motif. The shaman’s initiatory dismemberment and reconstitution are similar to the death and resurrection of numerous deities. The prophet, mystic, sage and saint’s divine madness’s, their dark nights of the soul, peak ecstasies and supernormal abilities exist primarily as a literature of the imagination within modern western popular culture, but underline a common spiritual theme of the evolution of consciousness.

The deeper suspicion held but seldom spoken is that our everyday world is mysteriously symbolic, a textural parable of both the wholly immanent and the wholly transcendent - the focal plane of conscious energies hiding in plain sight. A certain narrowness of our mundane awareness often fails to see deeply into the very mystery of our existence. The enigmatic myths and sacred texts that surround the illuminated saints, mystics and shamans reflect our own life describing all the important peaks and valleys of the journey hidden in the everyday occurrences. This is why the ancient narratives and shamanic stories perennially fascinate us, as they echo our own internal spiritual quest - serving as a reminder of the too frequent failure to consciously realize the emotional and spiritual depths of our own being.

1. Murphy, Michael. Toward a Natural History of Supernatural Attributes http://www.esalen.org/sites/default/files/resource_attachments/natural_history_supernormal_attributes.pdf

8. Krishna, Gopi .The Wonder of the Brain.

See Pinchbeck, Daniel. Breaking Open the Head: A Psychedelic Journey into the Heart of Contemporary Shamanism, & 2012, The Return of Quezalcoatl. Bustos, Susan & Tindall, Robert. The Shamanic Odyssey: Homer, Tolkien and the Visionary Experience, Harner, Michael. The Way of the Shaman & Cave and Cosmos. Hancock, Graham. Supernatural: Meetings With the Ancient Teachers of Mankind to name but a few contemporary works.